Day trips having Montepulciano as a base 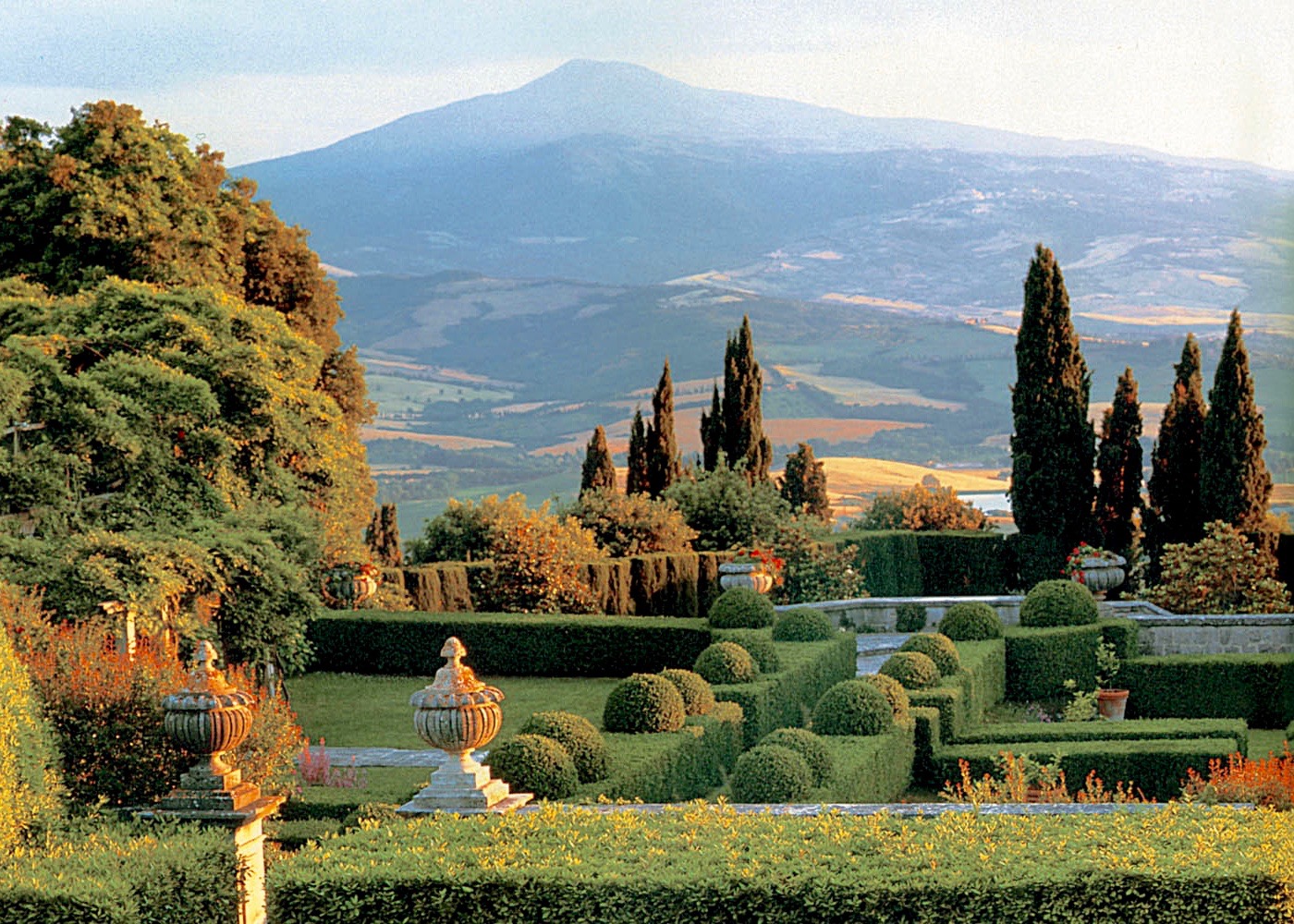 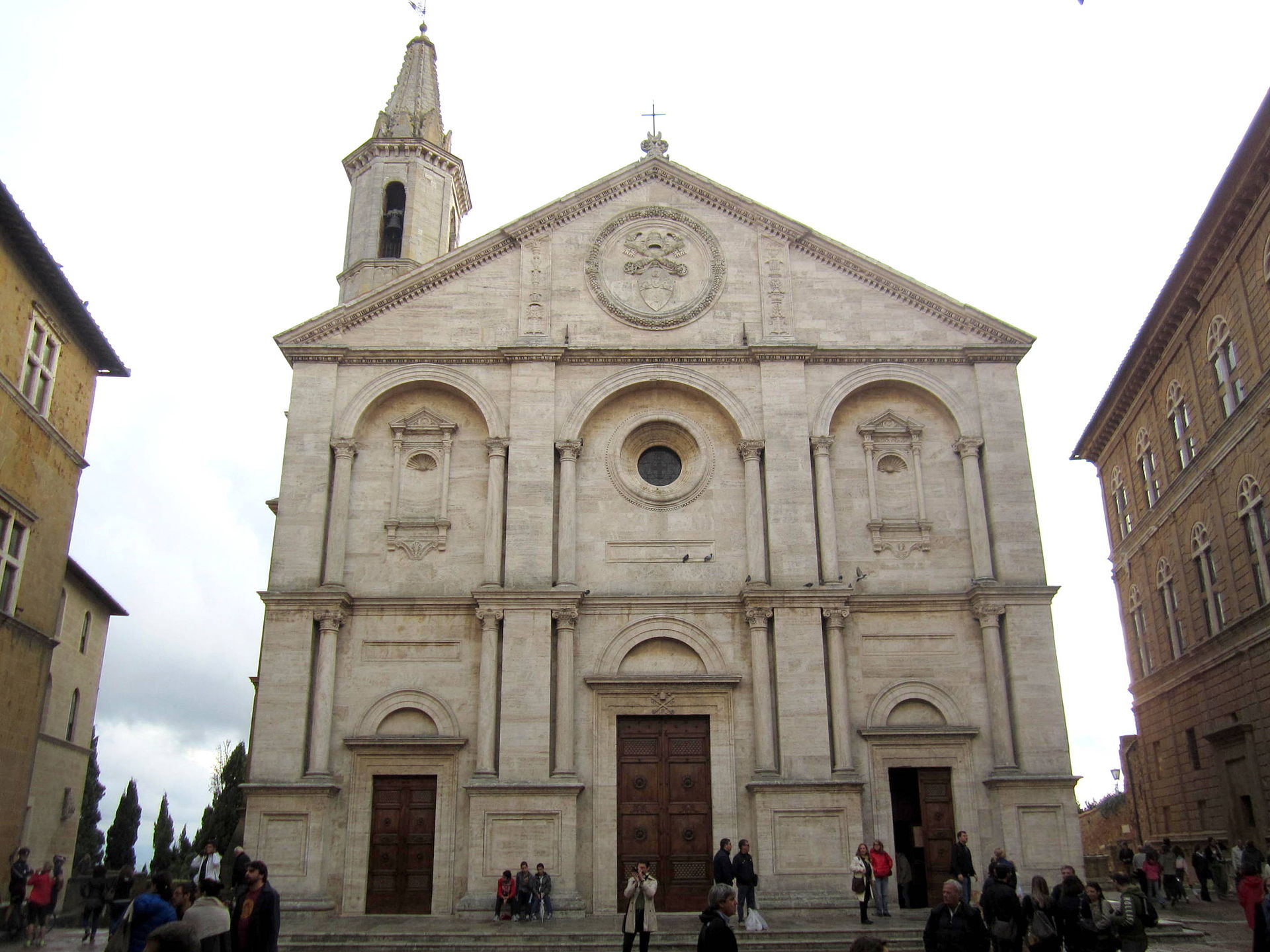 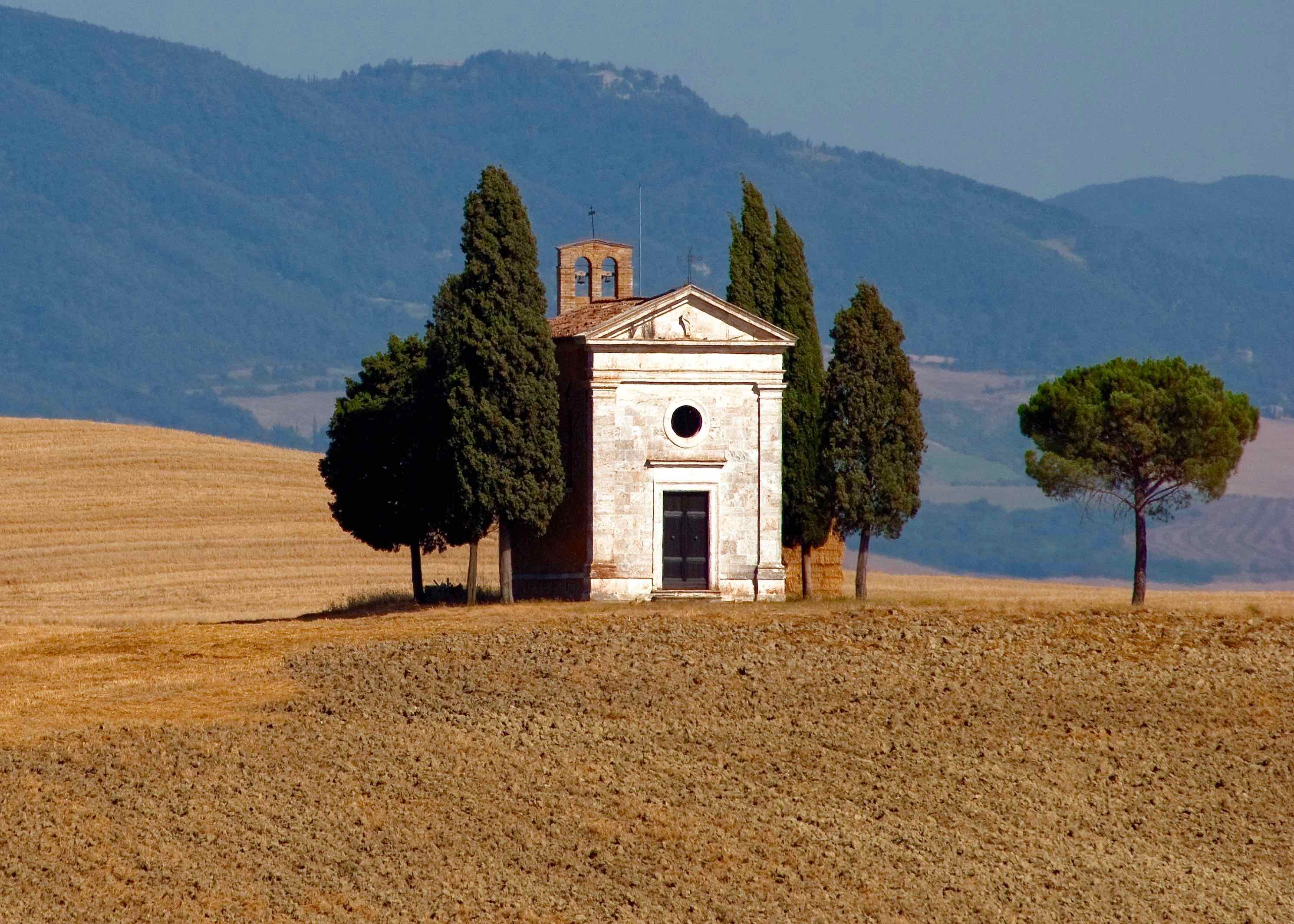 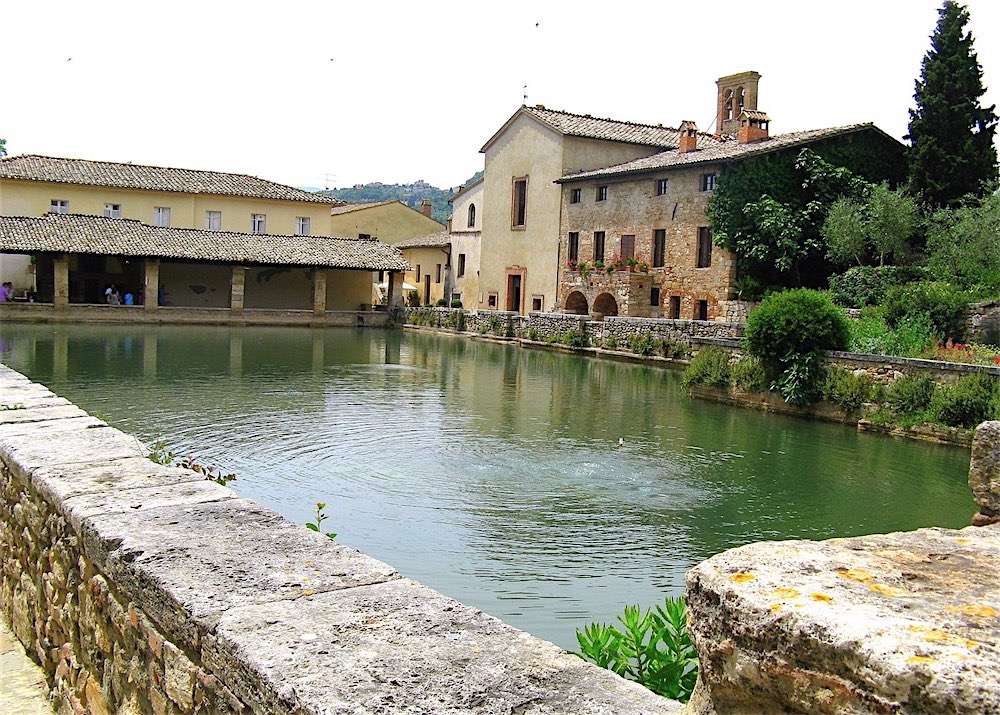 ▲ Tour throughout the Val d'Orcia: La Foce (a villa with a beautiful garden where the Irish-American writer Iris Origo lived), Monticchiello (a charming Medieval village), Pienza (a pure example of Renaissance townplanning, with a superb cathedral), San Quirico d'Orcia and Bagno Vignoni (a Medieval village with Roman thermal baths). 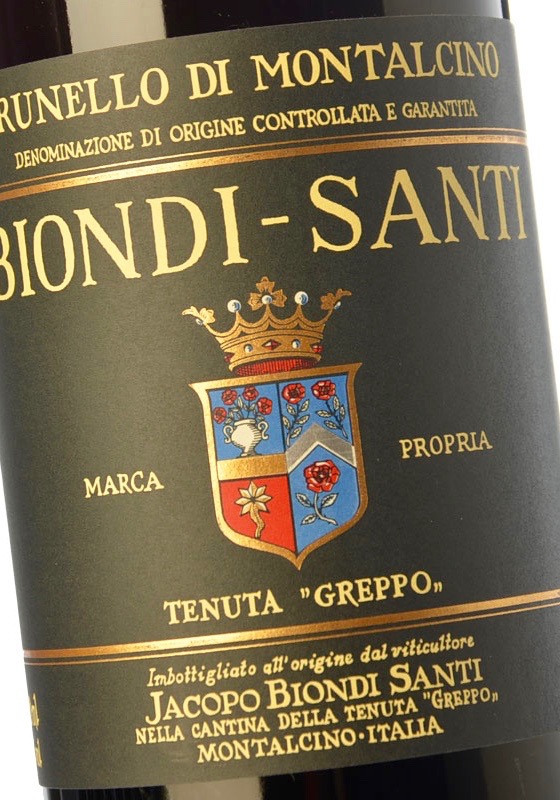 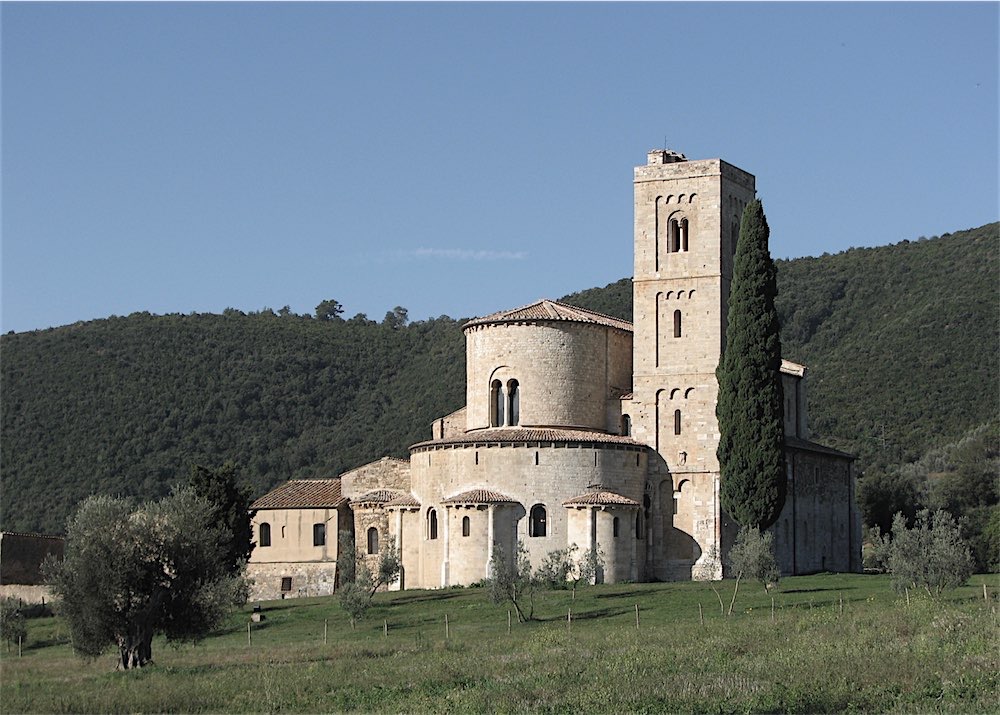 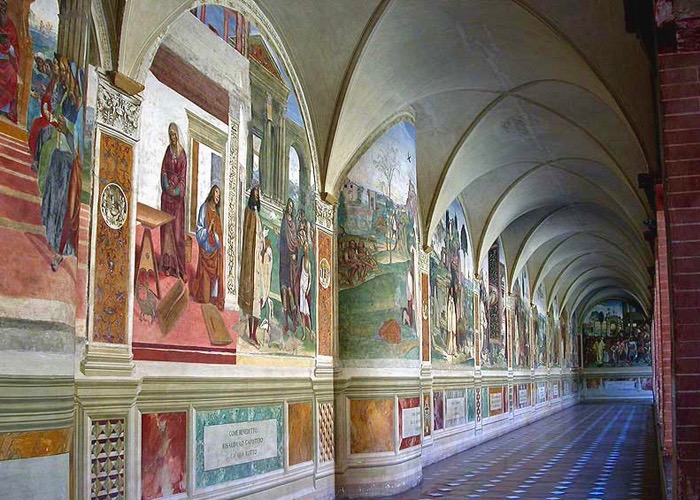 ▲ Tour to Montalcino (a Medieval little town, well known for its exquisite Brunello wine), Sant'Antimo (a severe romanesque abbey, beautiful in its loneliness), Monte Oliveto (a monastery set into a beautiful landscape, decorated with fine fresco paintings all along the cloister walls). 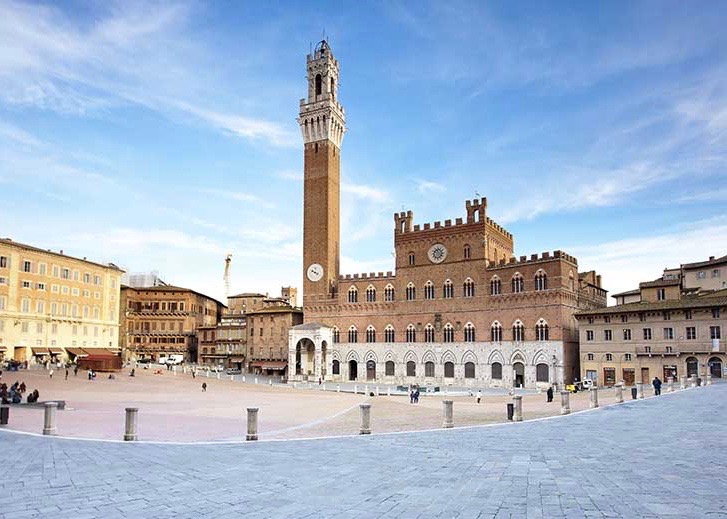 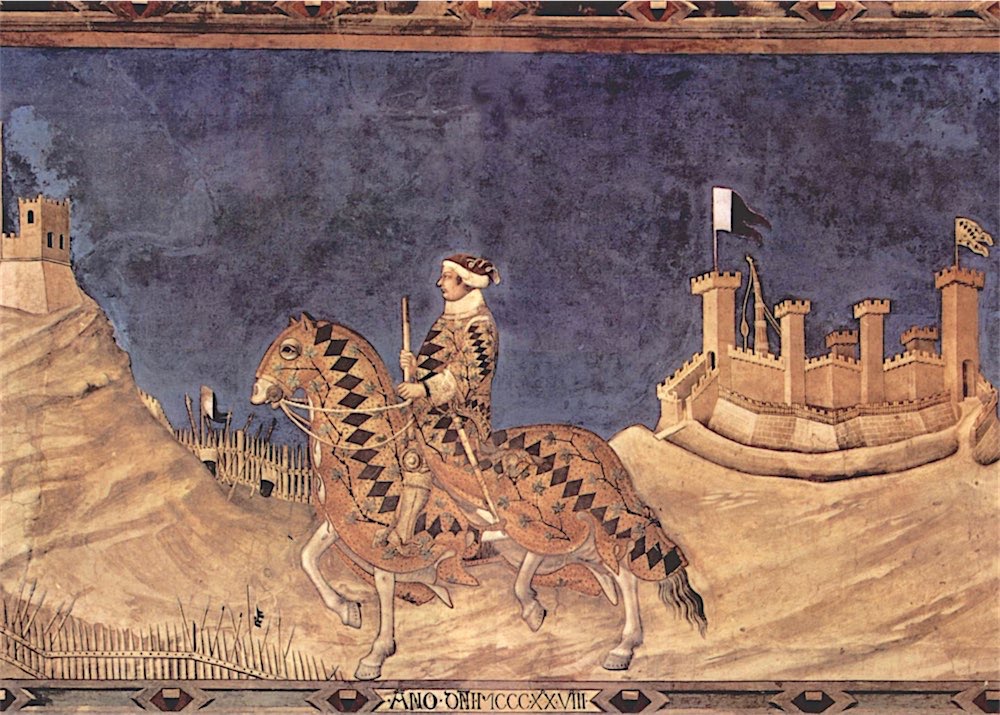 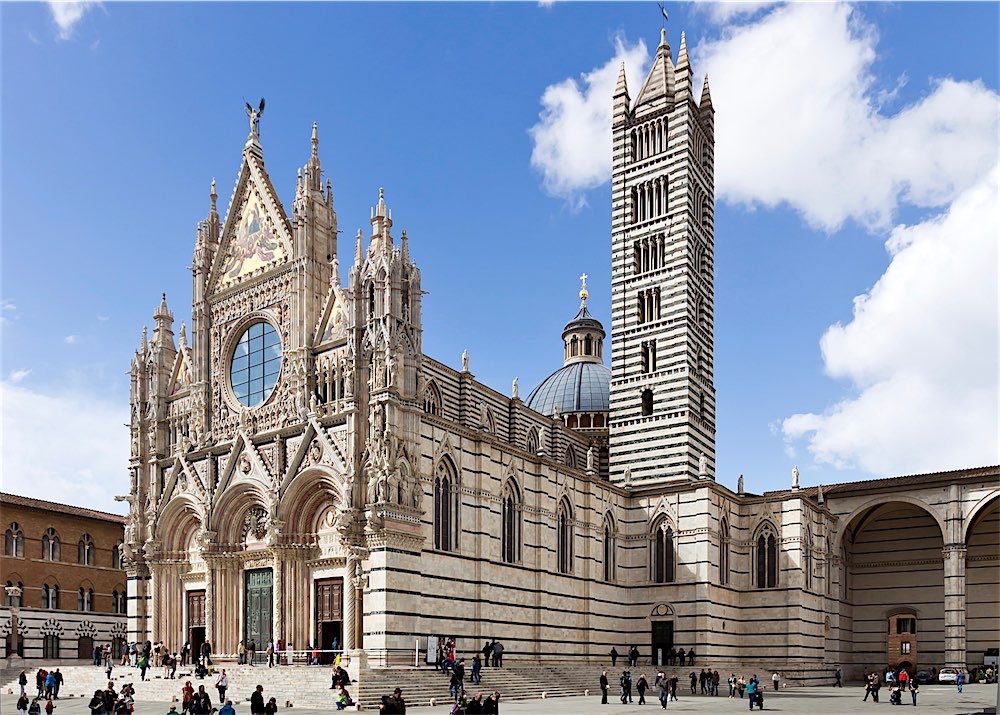 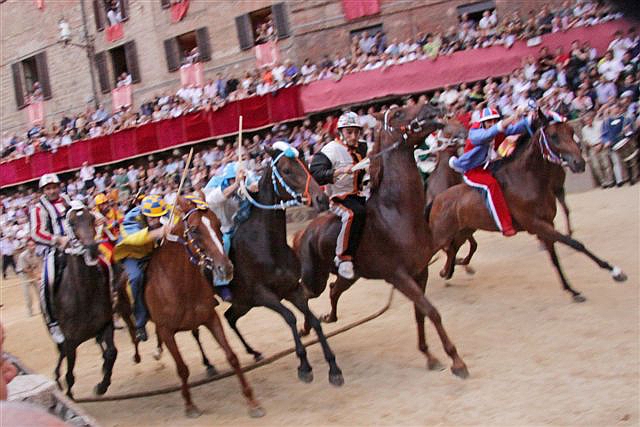 ▲ Siena, taking the Via Cassia on the way to, and the superstrada on the way back. No need to describe Siena, the world famous Medieval city. But if you happen to be there during the Palio days (2nd July or 16th August), yours will certainly be an unforgettable experience. 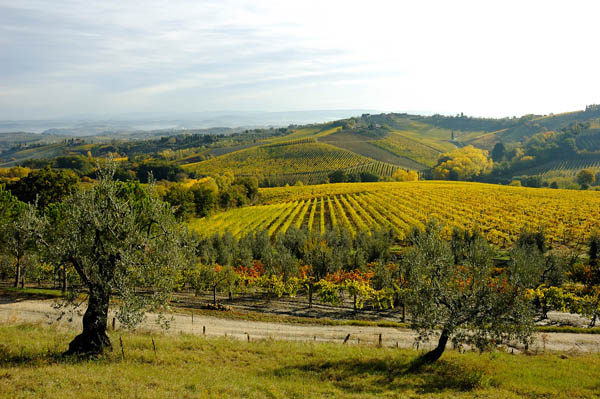 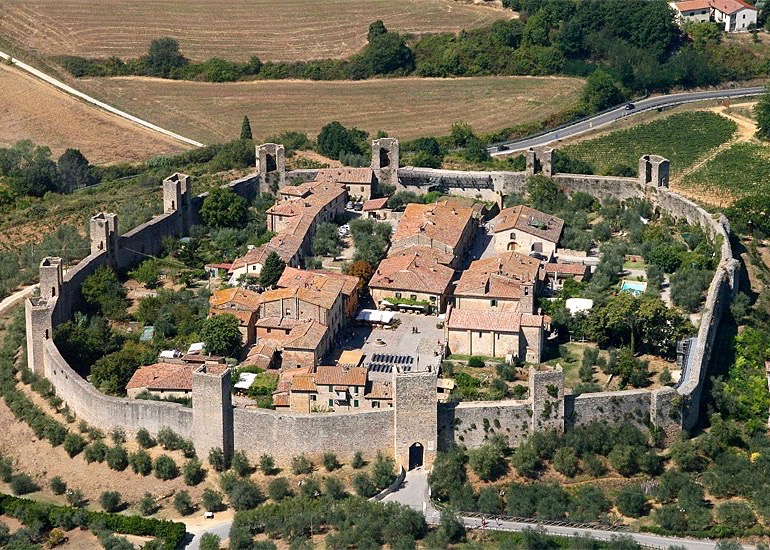 ▲ Day trip in the Chianti Classico and Vernaccia territories to the astonishing San Gimignano, the so-called Medieval Manhattan because of its numerous towers. On the way to or back, we suggest to visit Monteriggioni, a picturesque Medieval village perched on a hill, still surrounded with ancient walls.

▲ Day trip to Perugia, a splendid Medieval city with architectural works of art such as palaces, towers and churches, and then to Assisi, the town of San Francesco with a number of fine gothic churches and a deeply mystic atmosphere. 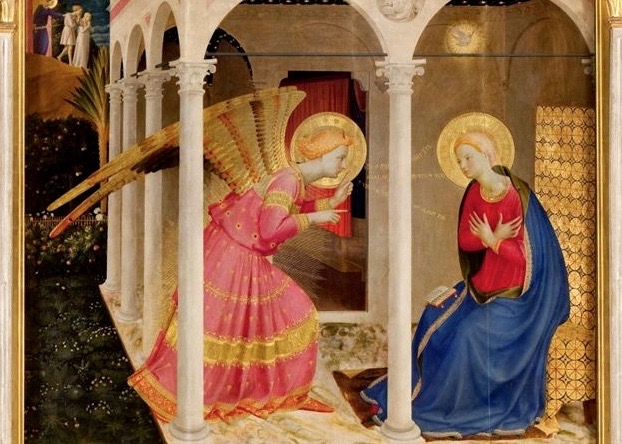 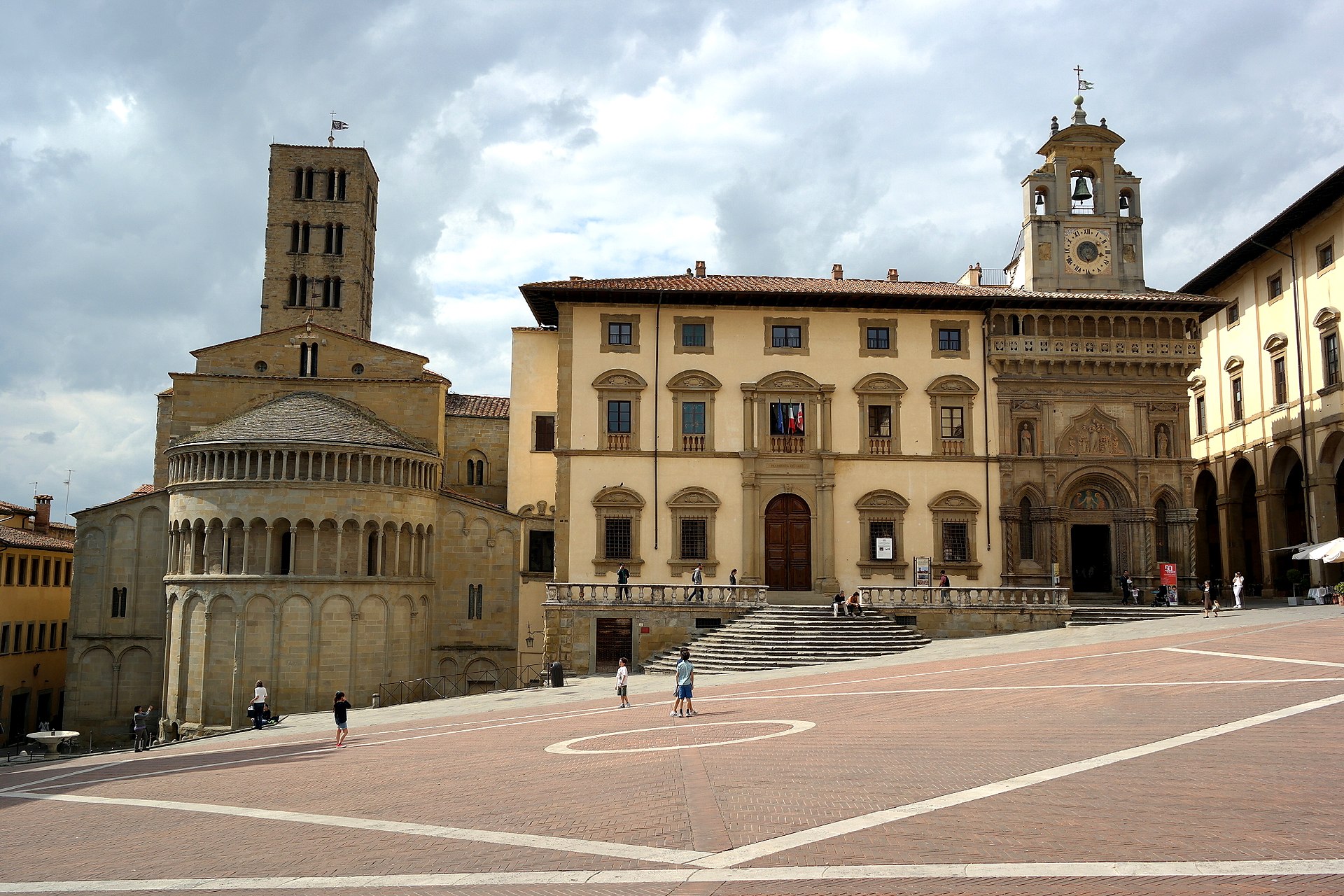 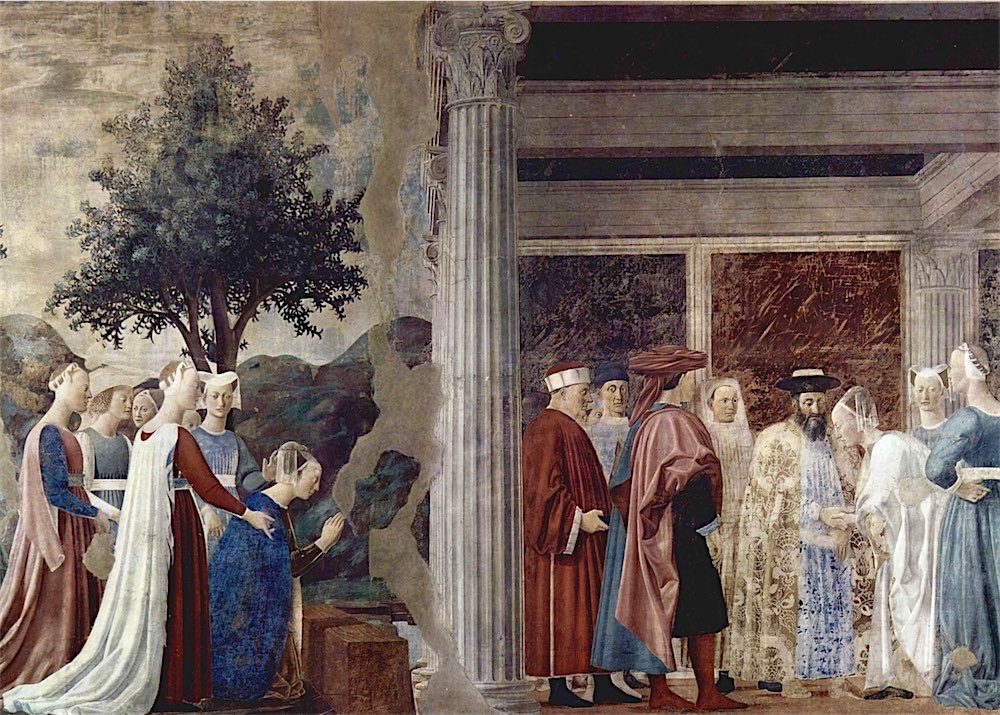 ▲ Day trip to Cortona, an elegant little town of ancient origin, with fine buildings and paintings by Beato Angelico, and Arezzo, a town with many Medieval and Renaissance architectural treasures (churches, palaces, and the superb Piazza Grande; the church of San Francesco is decorated with magnificent fresco paintings by Piero della Francesca). 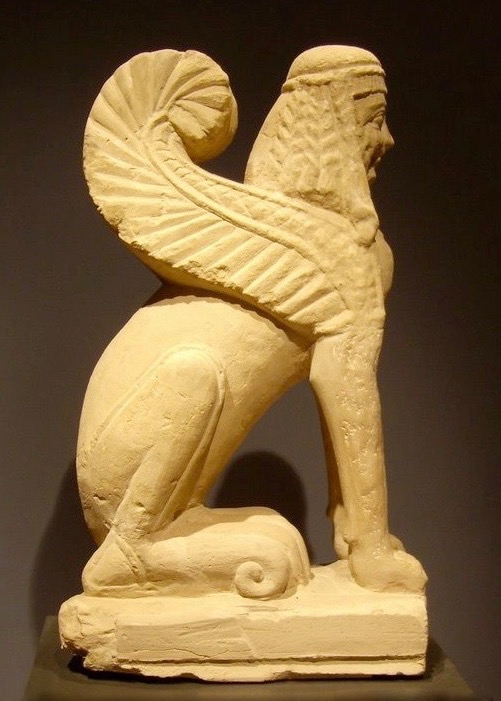 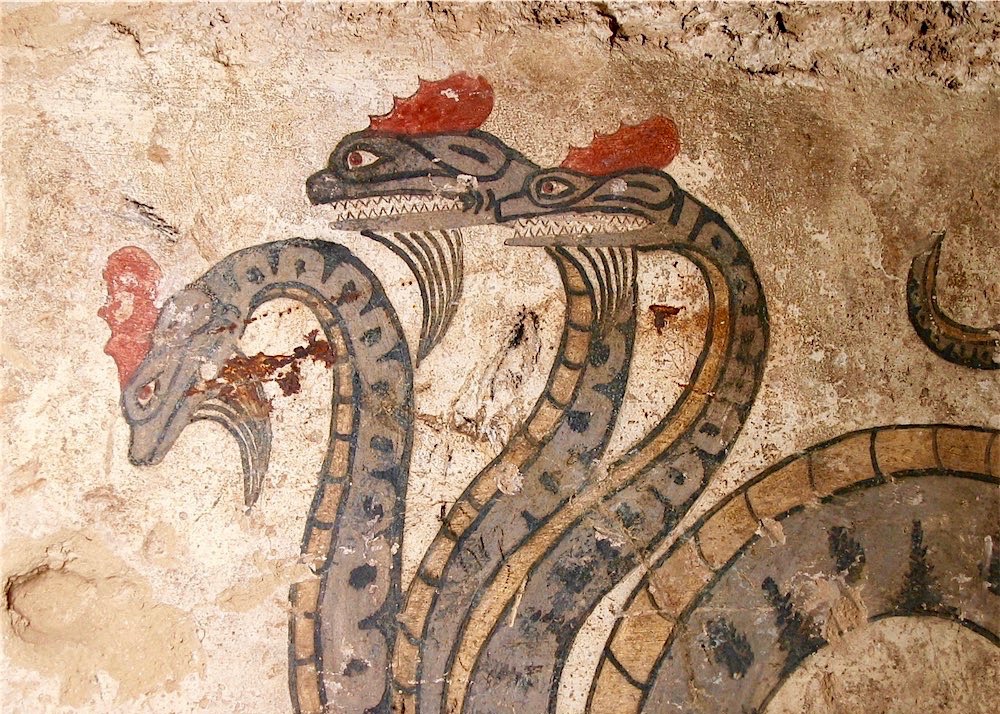 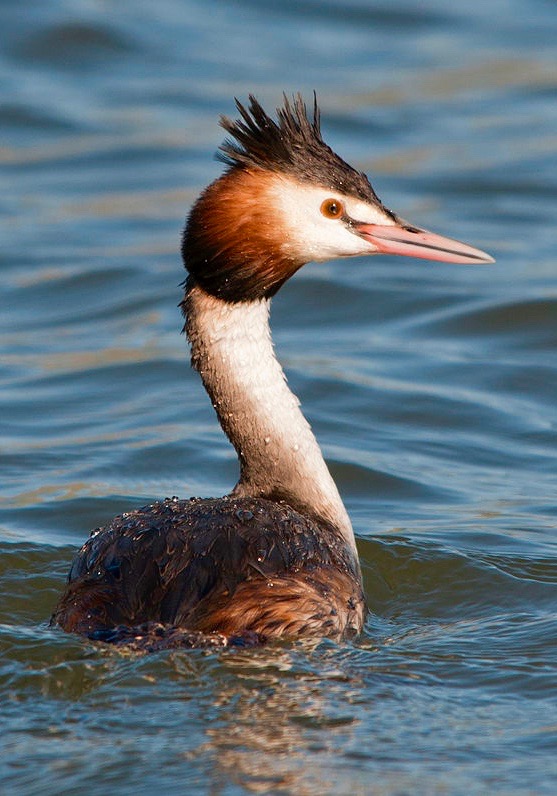 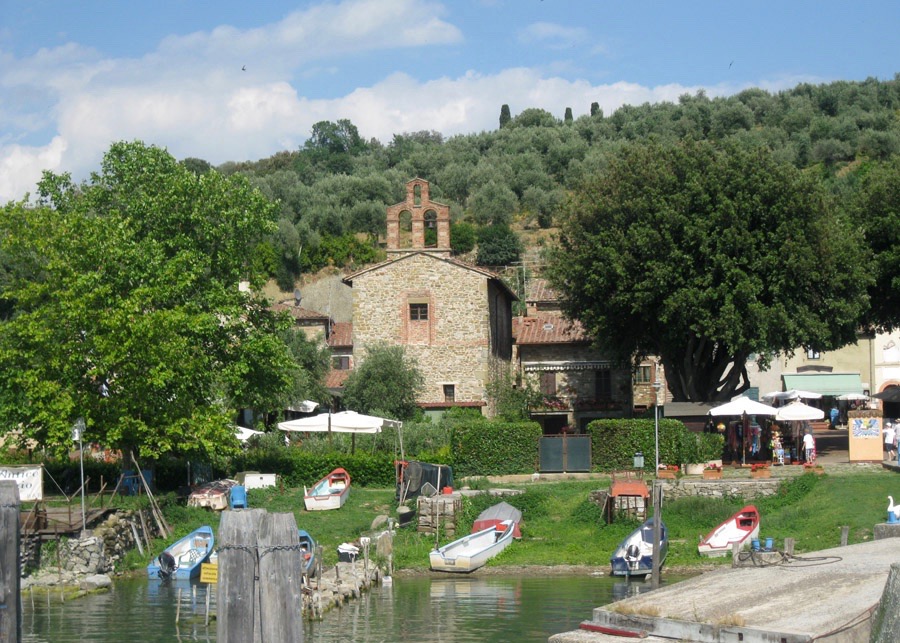 ▲ Day trip to Chiusi (a museum and some highly interesting Etruscan tombs), to Sarteano (other Etruscan tombs) and to Castiglione del Lago on the lake Trasimeno (boat excursion to the romantic Isola Maggiore, harbouring a small village).

▲ Day trip to Orvieto, a surprising Medieval town perched on a tufa rock hill. As well as its world famous cathedral with the fresco paintings by Luca Signorelli, there are other very interesting monuments such as the double spyral well of San Patrizio. Later in the day, visit Bagnoregio, a small and charming village put under the protection of Unesco for its extremely precarious stability. 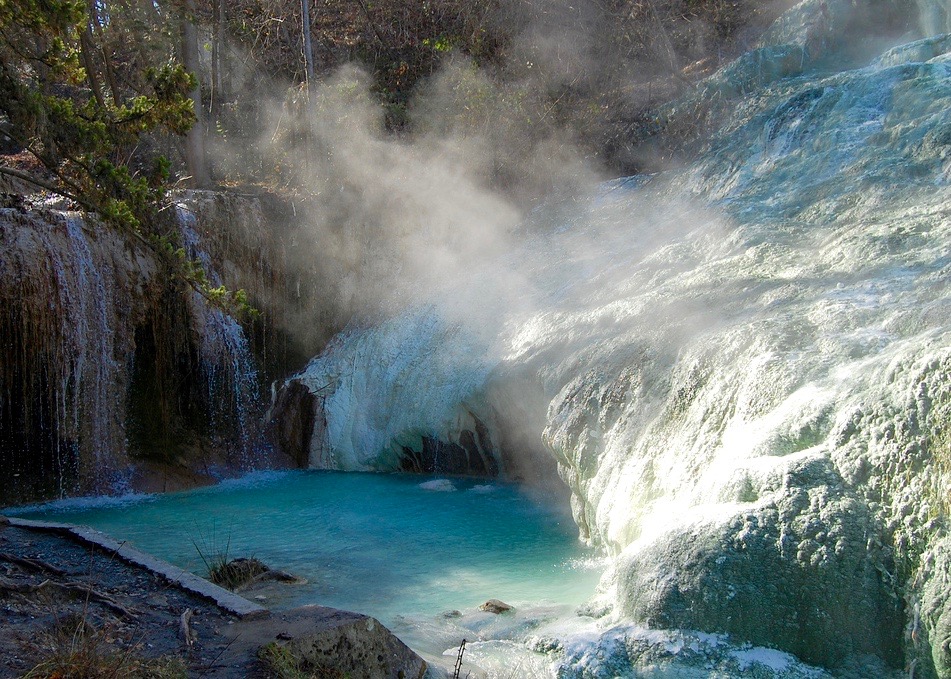 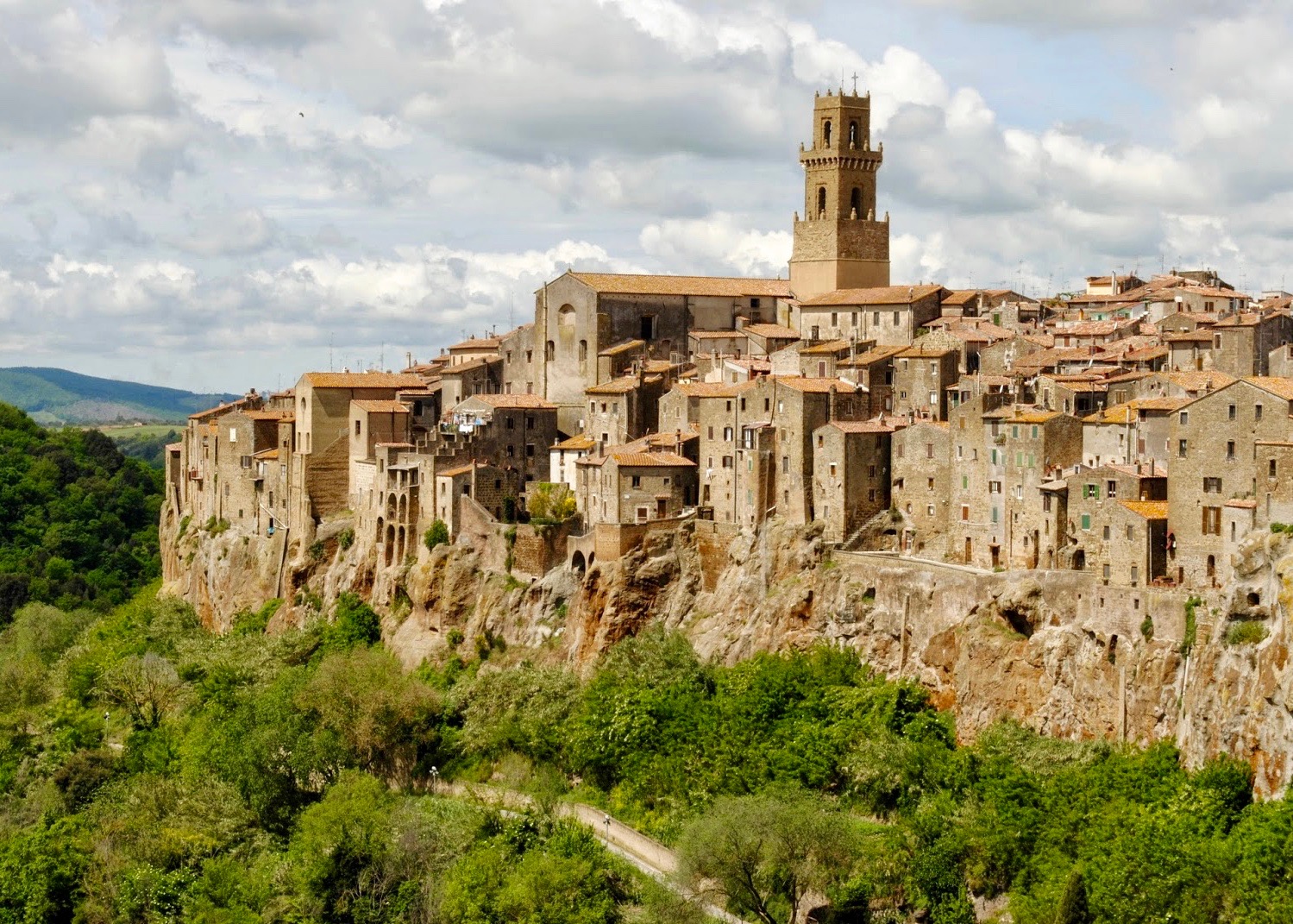 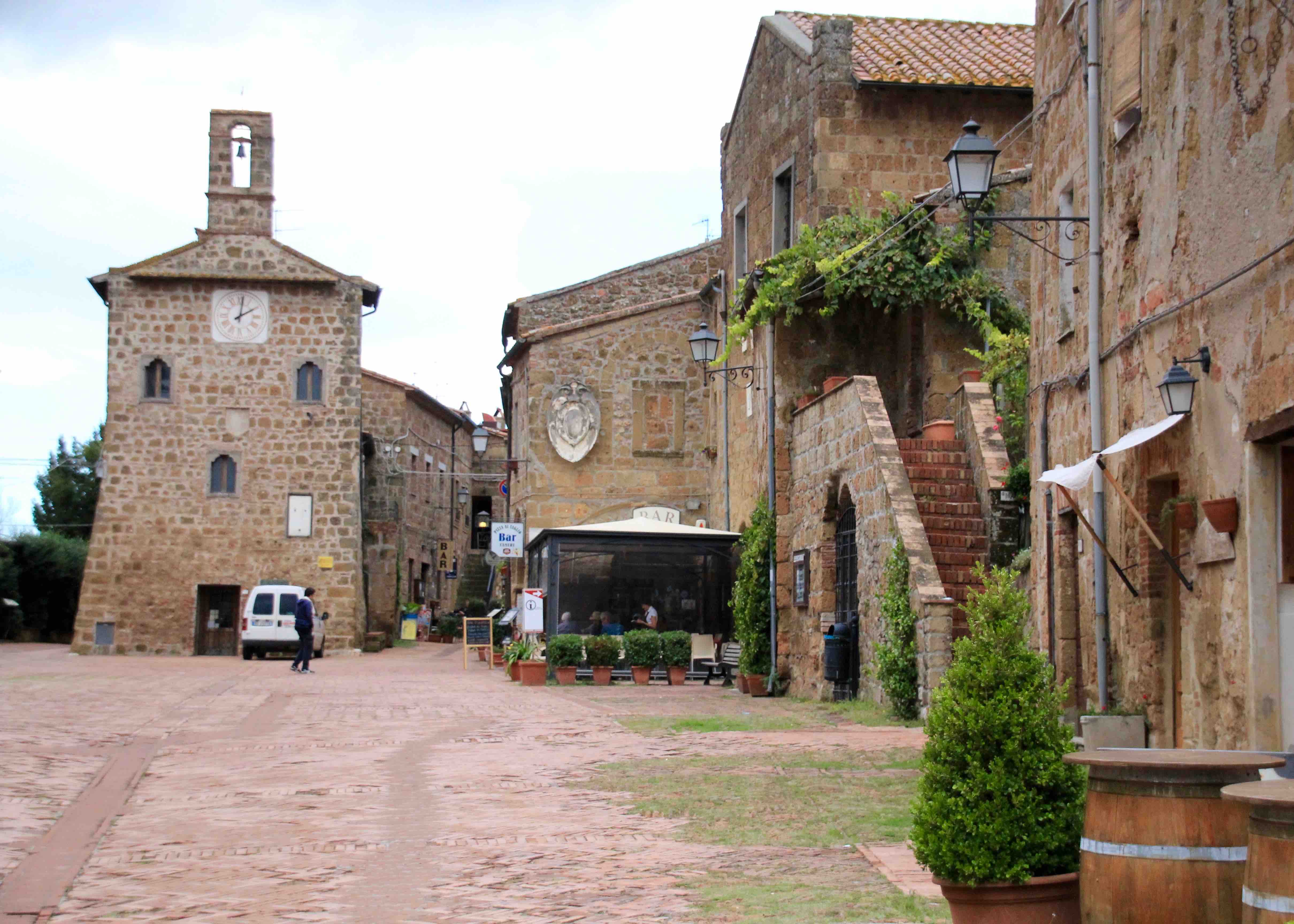 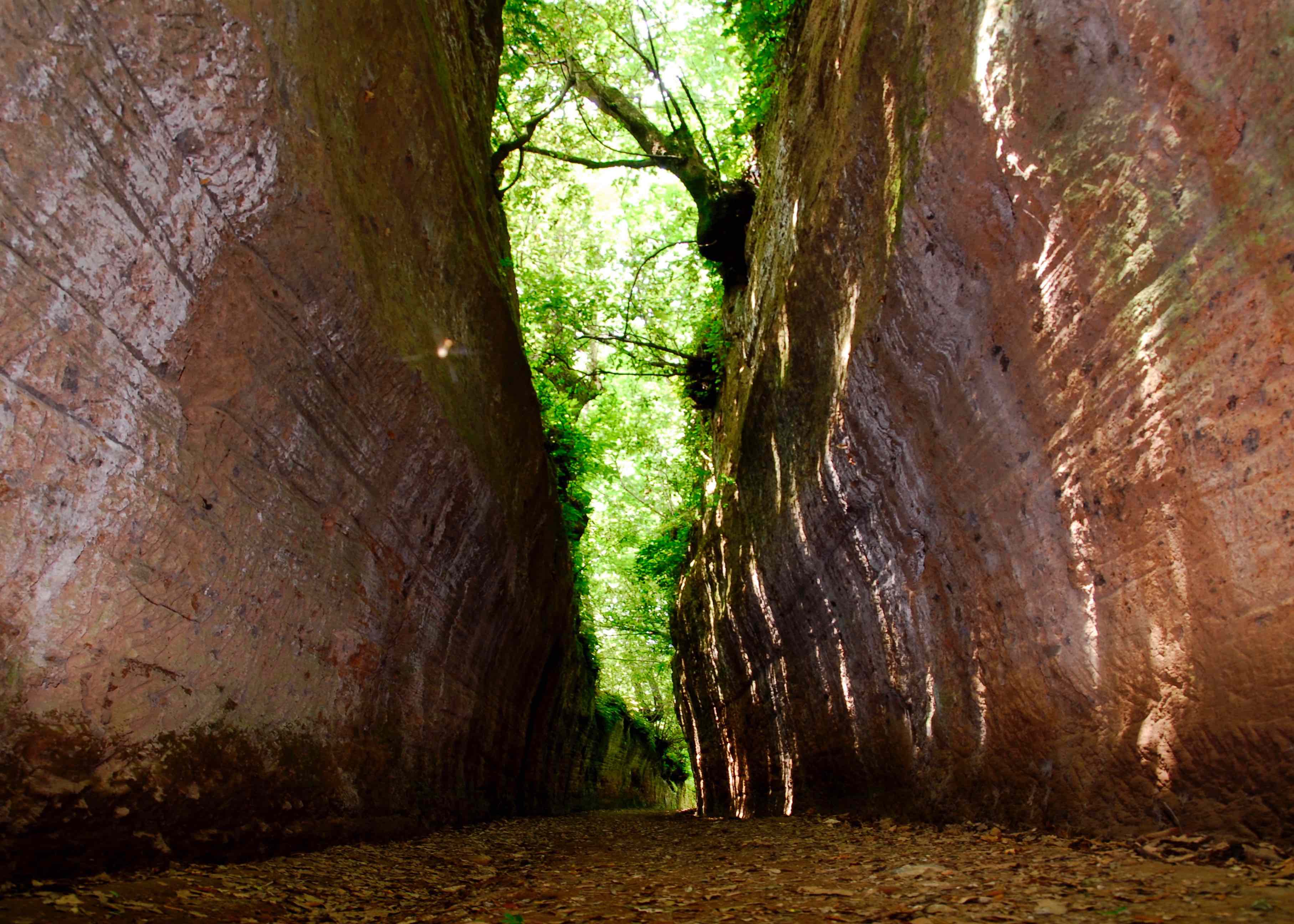 ▲ Day trip to the top of Monte Amiata, an old vulcano with natural thermal baths and great panoramic view all around. Later, tour of the very picturesque tufa rock towns of Pitigliano, Sorano and Sovana, with their castles, churches, narrow little streets and very romantic Etruscan necropolis and impressive paths digged deeply in the rock. 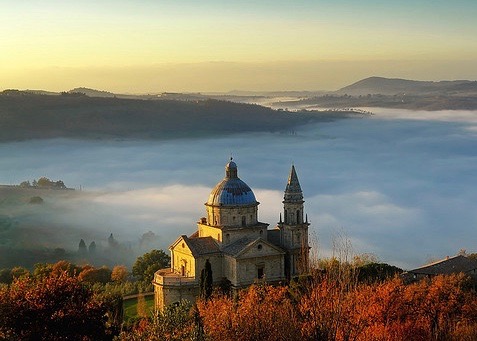 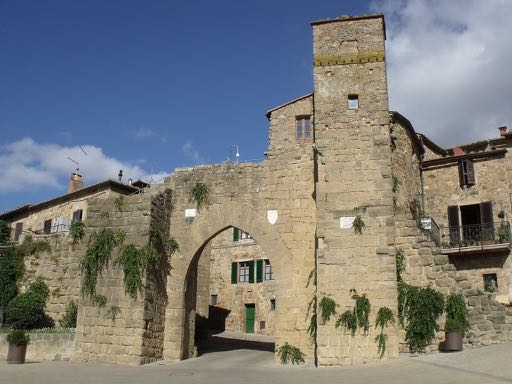 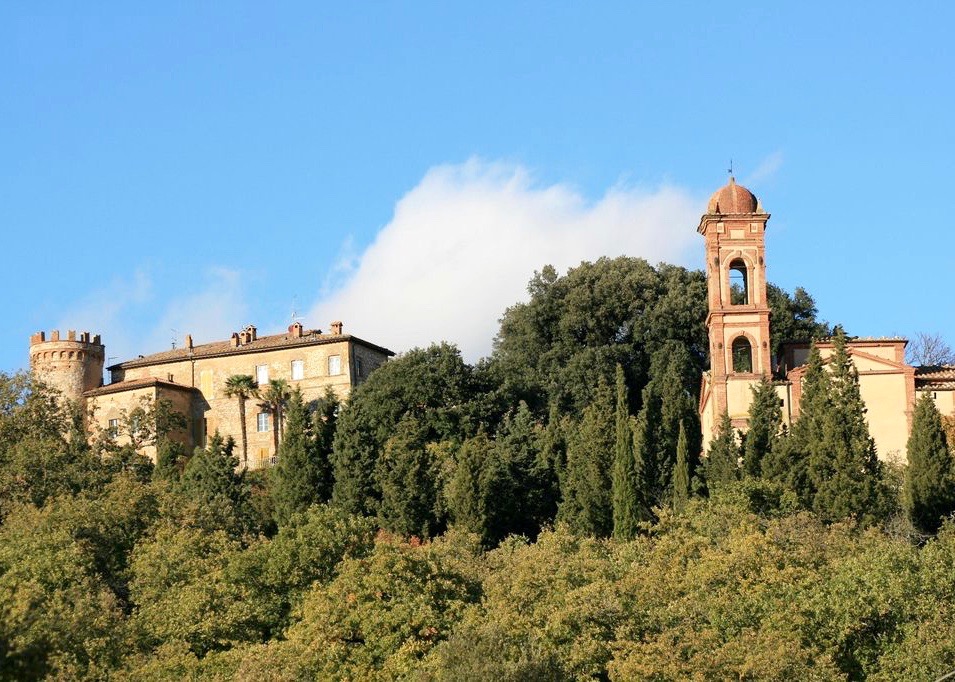 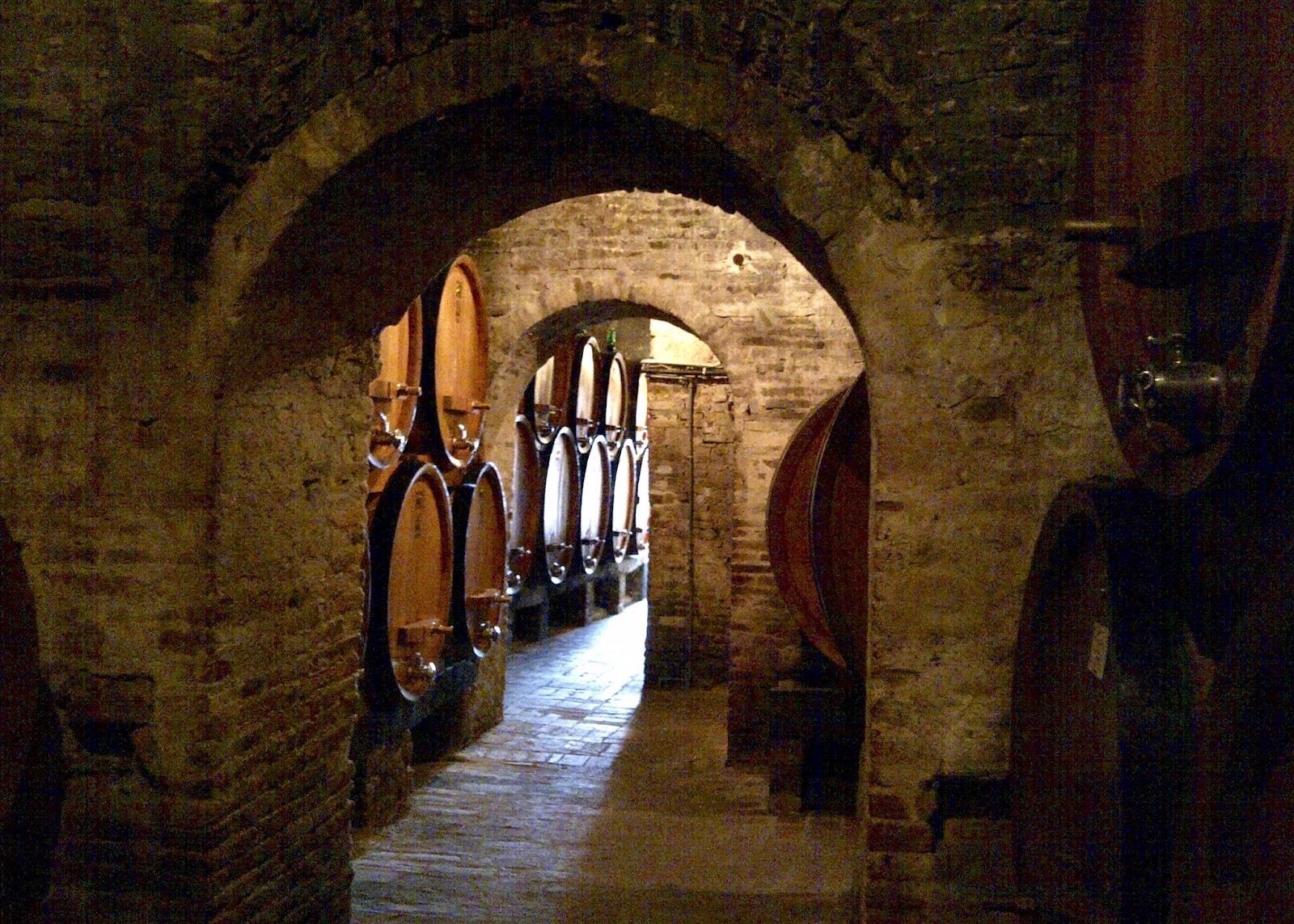 ▲ If you don't have a car, here are some proposals for walking excursions.

1. Down to San Biagio, along the romantic country road that passes under the San Biagio gate. To go back, reach the old cemetery, then take the road that leads up to the panoramic road called Via dei Filosofi.

2. Long walk to Monticchiello. Take the road to Pienza, then turn left Via di S. Bartolomeo (about 2 hrs 30 one way).

3. Down to the church of Santa Maria delle Grazie. Take the first part of the San Biagio road (same as point 1), then at the Chapel corner turn right towards the Santa Chiara cemetery, and reach the Via di Canneto. Follow it until you cross via Calamandrei, and continue along this main road that leads to the church. On the way back, cross the town lengthwise.

4. Long walk to Montefollonico. The country track starts at a farm in Via delle Colombelline (Via di Canneto). About 3 hrs one way.

5. To the Madonna della Querce, along the San Martino road that starts after the bus terminal. To go back, follow the Martiena road across the fields.

6. To the Convento dei Cappuccini, starting from Villa Bianca (road to Chianciano).

If you don't have a car and you don't like walking, you can easily travel around by bus and train. An efficient bus network connects Montepulciano not only to the small towns in the area, but also to Siena, Arezzo, Firenze and Roma. At Chiusi - 20 km far from Montepulciano, frequent buses - there is one of the important railway connections in the centre of Italy.